This is a list of the month’s reading experiences, with a sentence or two about each. 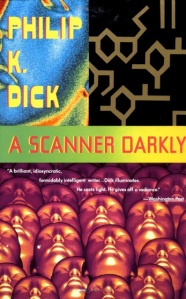 A Scanner Darkly, by Philip K. Dick (1977) – This is one of PKD’s top-tier novels, and the best book I’ve read so far that features the drug counter-culture of the middle decades of the 20th century. I wrote about its main SF element (the drug Substance D) and the theme of self-serving bias in a more detailed review. 9/10.

I’m also a fan of Richard Linklater’s animated film adaption of this book, and plan on writing something about it in the near future. 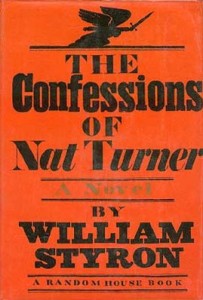 The Confessions of Nat Turner, by William Styron (1967) – I recently wrote about the 1967 Pulitzer Prize-winning novel for Banned Books Week; it may not have been banned from libraries per se, but it has definitely been pushed out of literature curricula. This story of Nat Turner’s upbringing, life and rebellion deserves the level of positive attention that it initially received. 9/10. 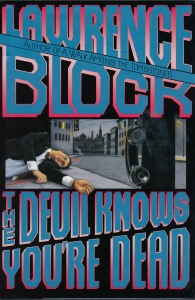 The Devil Knows You’re Dead, by Lawrence Block (1993) – The 11th book in the Matthew Scudder series follows a the private detective around Manhattan as he tracks the killer of an untrustworthy acquaintance. It’s a more sophisticated, but also more frustrating, update of the second book (Time to Murder and Create), where the victim is a seedy blackmailer. Despite his serious relationship with Elaine, Scudder gets mixed up with the widow of the victim. The crime plot and the emotion plot are resolved in a parallel fashion, but I found it more appropriate for the latter. As usual, it is a very well-written page-turner, but I’m afraid Block didn’t quite stick the landing this time. 7/10. 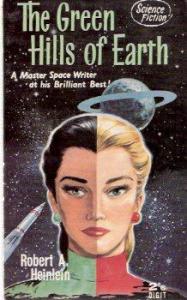 The Green Hills of Earth, by Robert A. Heinlein (1951). This sequence of Heinlein’s “future history” stories was surprisingly efficient and readable. The title story is about a flight engineer who has been blinded from radiation, but proves his worth in space one final, heroic time. “Delilah and the Space Rigger” is an example of how Heinlein sometimes had women be the capable hero. “The Long Watch” is an example of how Heinlein commemorated wartime heroes in SF stories – this time with a coup attempt being spoiled by an engineer who manually disables atomic weaponry. 7/10. 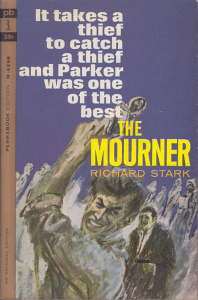 The Mourner, by Donald Westlake (as Richard Stark, 1963) – The 4th book in the Parker series features the stoic criminal in a plot to steal a statue (one of the Mourners of Dijon) from the house of a mysterious immigrant. He brings in a trustworthy friend, but they both get double-crossed and wounded for their troubles. The hidden gun and the history of the Mourner statue are interesting tidbits, but the clever adversary is the true highlight of this quick read. 7/10.

The Score, by Donald Westlake (as Richard Stark, 1963) – The 5th book in Parker series breaks the pattern of the preceding books to some degree – here, the heist is the entire story rather than part of a “heist, double-cross, pursuit” sequence. Parker is recruited into a massive burglary operation where an entire mining town is knocked over. The planning chapters are as entertaining as the action scenes, and the aftermath had some suspense as well. Maybe the book was a bit overstuffed with characters for a Parker novel, but it was still a fast and fun read. 7/10.

Grifter’s Game, by Lawrence Block (1961). I covered this one already in one of my Hard Case Crime posts. It’s a good, fast example of early Block. 5/10.

Have Space Suit, Will Travel, by Robert A. Heinlein (1958). To be honest, I was hoping for a bit more from one of Heinlein’s most well-regarded “juvenile” SF novels. A space-obsessed Kip wins a leftover spacesuit by sending in piles of soap labels. Finding mockery in his home town, he repairs the suit and wears it around the yard. This is when a two spacecraft land near him, taking him on an adventure of kidnapping, escape and rebellion. The first 75% of the novel was excellent 1950’s SF adventure, but then it veers into a drawn-out court sequence that kills momentum – think The Phantom Menace in book form. 6/10.

The Numbers Game, by Chris Anderson and D. Sally (2013). This is a Malcolm Gladwell-recommended book about the growing use of metrics and analysis in the game of soccer. There are plenty of good points for the casual fan: arguments about forwards being overvalued, the rate of goals per game being low compared to the past, etc. However, we never get to learn how to read those Opta charts I keep seeing in soccer articles, and a lot of ink was spent on characters that just weren’t very interesting. 5/10.

Critical Threshold, by Brian Stableford (1977). The 2nd entry in the Daedalus Mission series is much like the first: the main character, a biologist, relates his narrative and his dialogue in the form of epic lectures. He is not supposed to be likable, but can be a drag at times because there’s no escaping him. He is one of a crew of select scientists and technicians in an ongoing mission to reconnect with lost colonial planets. The planet in this story his covered in forest, and the colony has decayed into oblivion over a several generations. A generally very downbeat story, and a prickly contrast to the more popular Star Trek shows and books, but once again Stableford redeems it with some interesting science. I have just enough to keep going with this series. 6/10.

A World Out of Time, by Larry Niven (1976). This fixup of Jurgen-inspired stories started ok but slid downhill. The time-travel and cryogenic-based plot degenerated into an inferior version of Atwood’s Oryx and Crake. 3/10.