I’ve been hampered by a virus for the last several days, creating a backlog at work as well as this site. Work comes first, obviously, but soon enough I’ll start catching up on the books shown in the pile here. 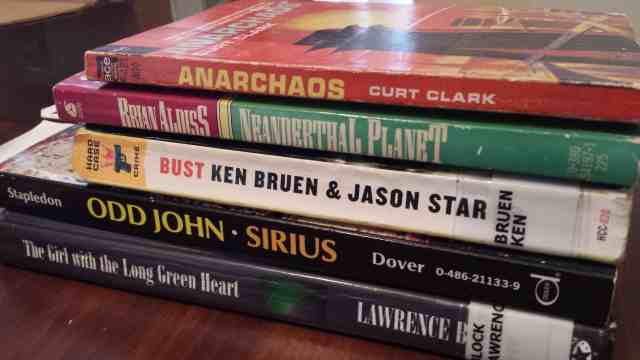 Actually I reviewed the Bruen & Starr book already, and Anarchaos just came in the mail. It is Donald Westlake’s only science fiction novel, so I’m not sure how it will read. I expect to have good things to say about all of the others, however.

former academic scientist and presently a software engineer. Also, a science fiction and crime fiction book-blogger.
View all posts by pete →
This entry was posted in Uncategorized. Bookmark the permalink.

29 Responses to a preview